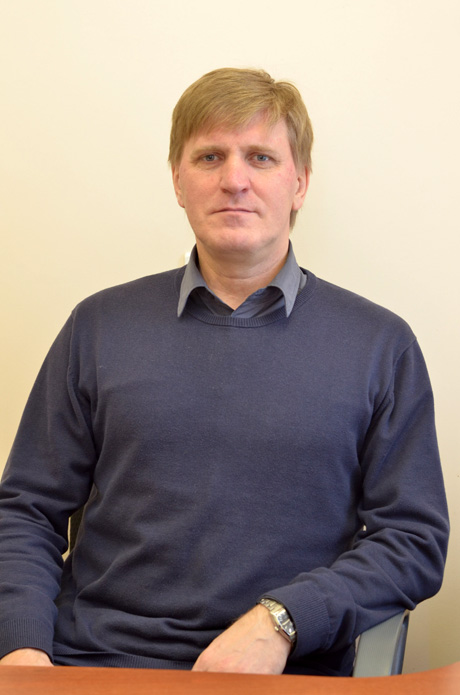 Major research trends: Problems in the functioning of freshwater ecosystems; assessment of the fish fauna and other aquatic biological resources and their rational use; environmental impact assessment of anthropogenic load on water bodies; fish farming

Scietific-organizational and expert activities:
Deputy Chief Editor of the Proceedings of KarRC of RAS, the Series – Environmental, member of the editorial Board of the Series – Limnology. The Chairman of the Karelian branch of Hydrobiological Society at RAS

In 1989, Ilmast N.V. graduated from the Petrozavodsk state University. He is the head of the laboratory of fish and aquatic invertebrates ecology. In 1999, he defended his thesis "Whitefish population from some waterbodies of Karelia and Finland". In 2006, he was awarded the title of "associate Professor". In 2012, he defended his doctoral thesis "Fish populations of Karelia freshwater ecosystems in conditions of their economic development". He published more than 180 publications, including five collective monographs.
Awarded honorary diplomas of the Karelian Research Centre of RAS (1999), the Russian Academy of Sciences, Union of workers of RAS (2013). Awarded the title "Honored worker of science of the Republic of Karelia" (2015)
Last modified: December 2, 2019